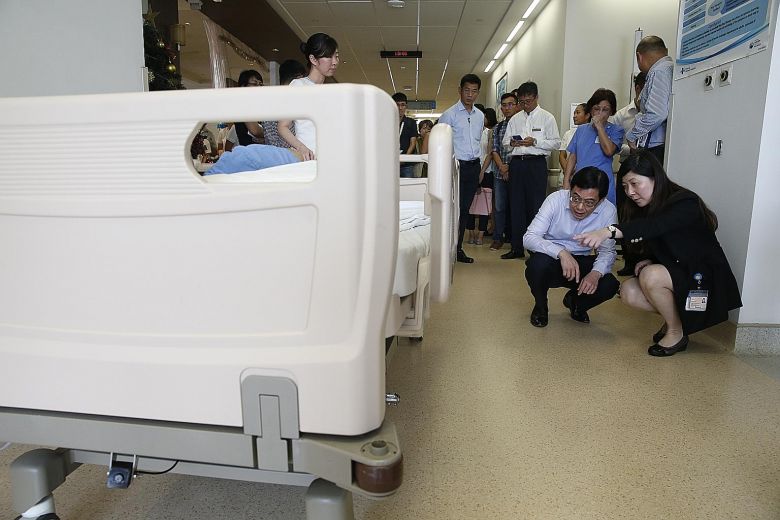 A dose of tech to boost medical care

A medical scanner developed here can assess the severity and depth of wounds in seconds – a task that would take a nurse about half an hour.

The Kronikare, as the scanner is called, can also carry out the process with greater accuracy and less pain than if done manually.

It uses a smartphone with an off-the-shelf thermal camera to capture the wound, and then interprets it with the help of artificial intelligence.

The scanner can determine the size and depth of the wound, the temperature of the affected area and the tissue composition. It can also alert medical staff about any wound complications.

It is especially useful with dark-skinned patients, as it is usually more difficult to assess their wound conditions and underlying infection through visual inspection.

Diabetic patients also need to be careful as they do not heal well.

It has been on trial at St Andrew’s Community Hospital since August.

Kronikare has filed a patent on the device, which took about two years to develop.

The scanner was one of several innovations shown to Finance Minister Heng Swee Keat during a tour of St Andrew’s and the adjacent Changi General Hospital (CGH) yesterday.

Mr Heng also saw a device that measures a patient’s gait, especially useful for people recovering from a stroke. It was co-developed by CGH physiotherapists and a Japanese start-up.

Another innovation to help stroke patients is a ceiling hoist that stops them from falling when they are relearning how to walk. This lets physiotherapists concentrate on helping the person rather than just holding onto him to prevent him from falling.

Mr Heng noted: “In the context where our workforce growth is also slowing, being able to re-engineer processes, use technology across functions so that the whole value chain can be much better done, is going to be important.”