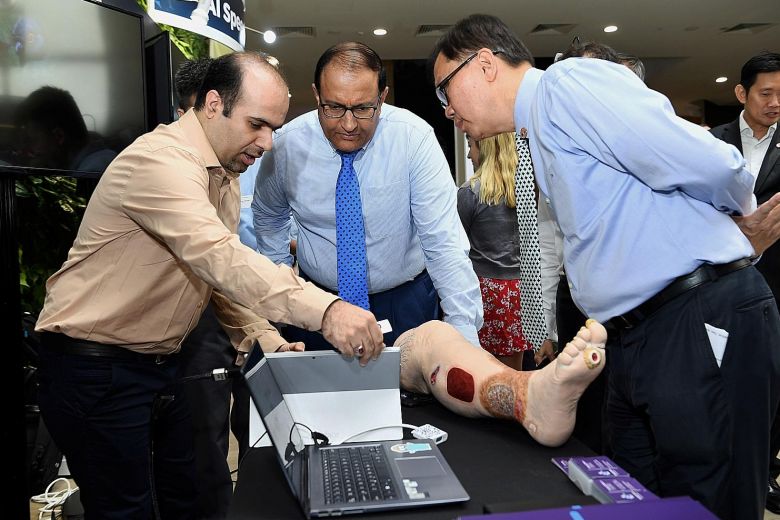 Leg-up for AI with moves to develop Singaporean talent

Speaking at an event commemorating AI Singapore’s first anniversary, Minister for Communications and Information S. Iswaran said there is a consensus among governments, industry leaders and recruitment firms worldwide that there is a global shortage of AI talent.

He added that Singapore needs a deeper bench strength of talent to further grow the AI ecosystem here. “AI Singapore can and will play a key role in this regard by working closely with its research and industry partners to nurture a strong pipeline of AI talent in Singapore,” he said at the event held at Innovation 4.0 in the National University of Singapore.

The two initiatives to be developed by AI Singapore – AI for Industry (AI4I) and AI for Everyone (AI4E) – will equip 12,000 Singaporeans over the next three years with AI knowledge.

AI4I will see 2,000 executives, as well as those technically inclined in AI, going through a subsidised three-month foundational course on developing basic AI and data applications to prepare them for future job opportunities.

AI4E is a free introductory three-hour workshop that will expose 10,000 people to AI and data science. The workshop aims to help them appreciate the practical use of AI and identify potential uses in their work and daily lives.

AI Singapore said people keen on applying for AI4I, which will start at the end of October, must be either a Singaporean or permanent resident, and must have a polytechnic diploma or university degree.

The Infocomm Media Development Authority (IMDA) will sponsor up to 100 per cent of the $500 course fee for full-time national servicemen and students, while SME-sponsored trainees and Singaporeans above 40 will receive up to 90 per cent subsidy. Other participants can receive support of up to 70 per cent.

The course will have content sponsored by Microsoft, Intel and Datacamp, and curriculum will involve a mix of online and offline learning.

No payment is required for AI4E, which will be conducted by IMDA, Microsoft and Intel, but participants have to be above 12 years old. This initiative will start rolling out by the end of this month.

AI41 and AI4E are the latest in a slew of initiatives introduced by AISG, a programme under the National Research Foundation, to grow the AI talent pool here.

Last November, AI Singapore said it would train up to 200 AI professionals by 2020 under a nine-month apprenticeship initiative called the AI Apprenticeship Programme (AIAP).

Mr Iswaran yesterday said the AIAP had inducted its first batch of apprentices in May and a second batch will start in November.

He also named members of the Advisory Council on the Ethical Use of AI and Data, which was announced in June. It is led by Senior Counsel V.K. Rajah. The 10 members are a mix of international and local leaders, as well as advocates of consumer interest, including DBS Group chief executive Piyush Gupta, Temasek International president Chia Song Hwee and Parrot Social founder Hamidah Aidillah Mustafa.

“The advisory council will canvass widely for views, from businesses, trade associations and chambers, and consumers, and I look forward to the advisory council’s recommendations on how organisations can develop and deploy AI solutions in a responsible and trusted manner,” Mr Iswaran said.